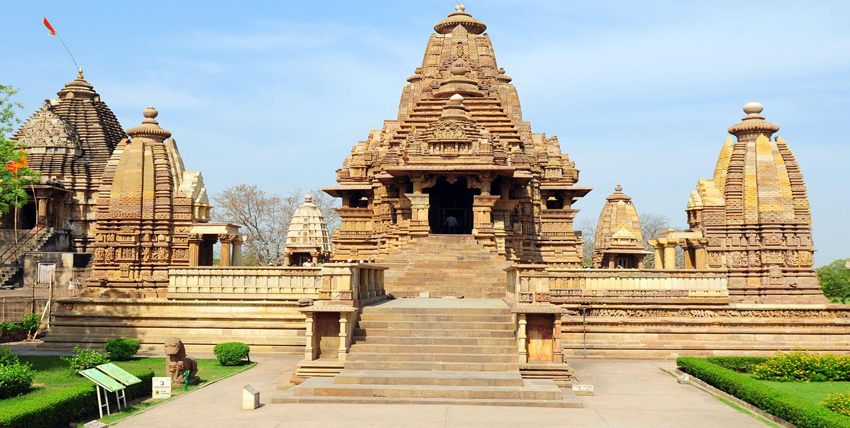 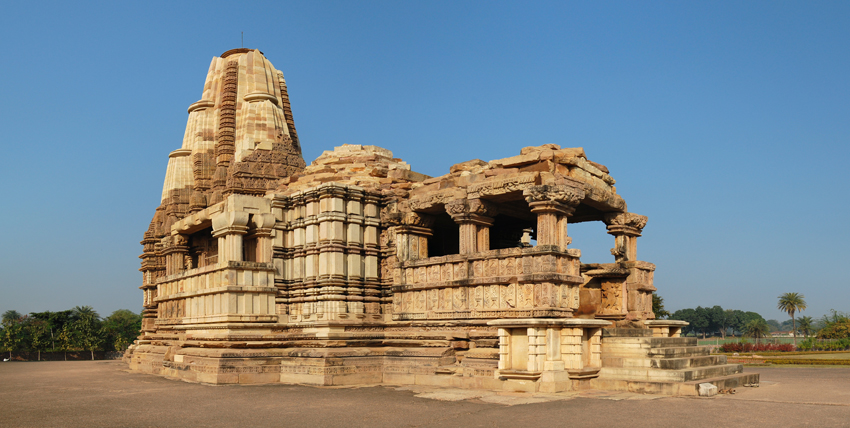 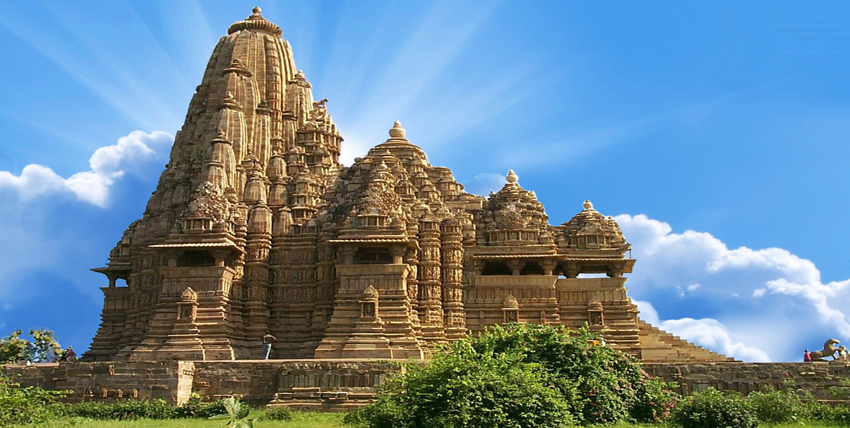 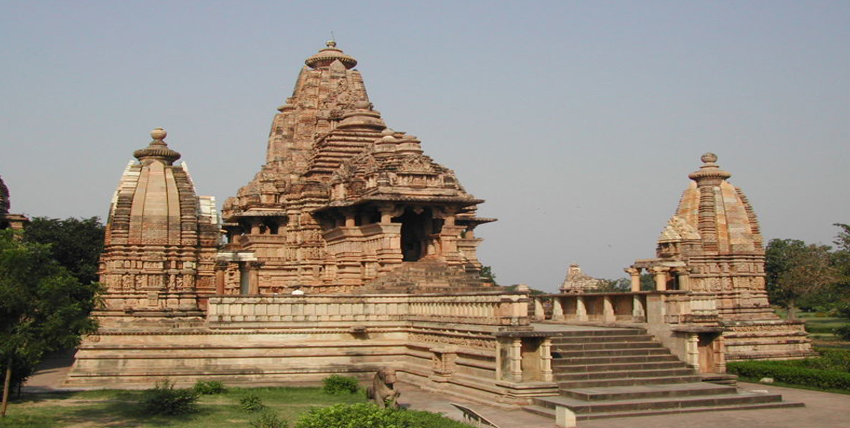 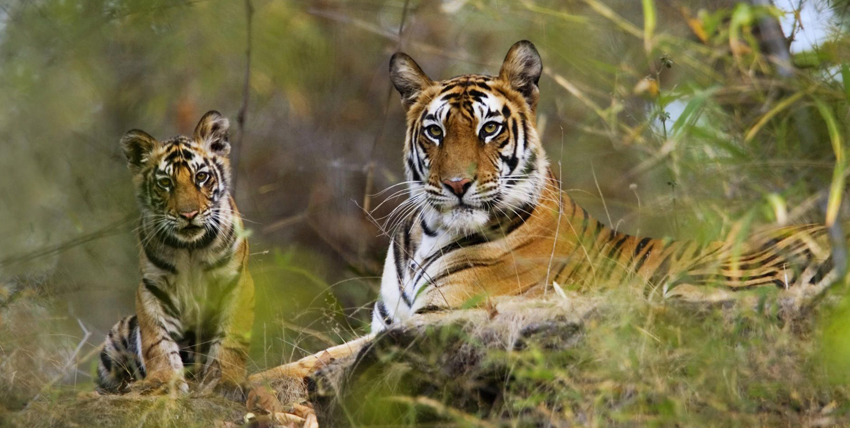 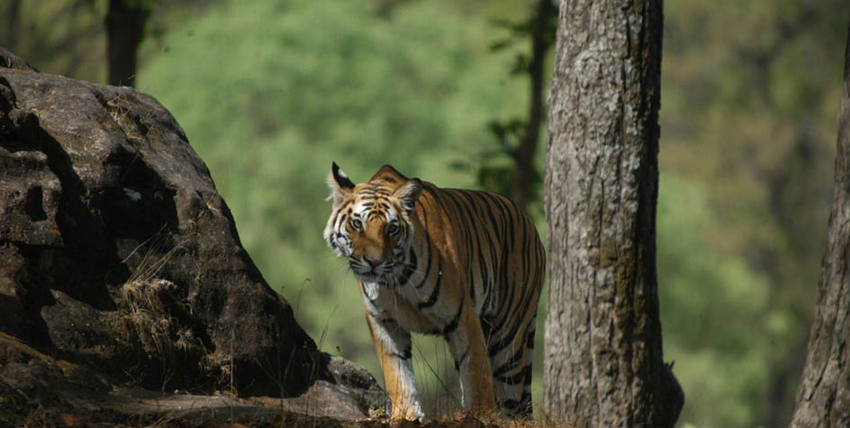 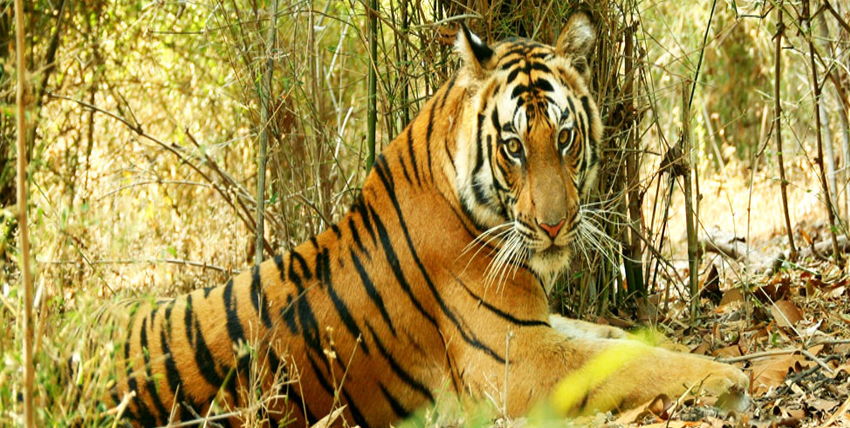 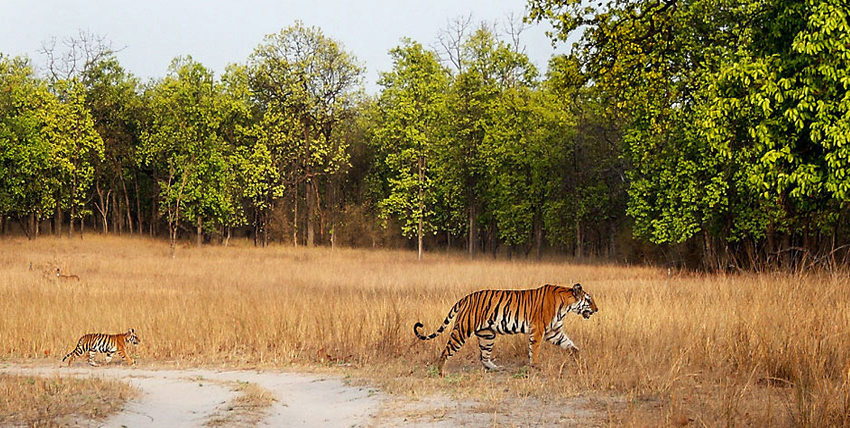 Khajuraho :- The Khajuraho Group of Monuments are a group of Hindu and Jain temples in Madhya Pradesh, India. About 620 kilometres southeast of New Delhi, they are one of the UNESCO World Heritage Sites in India. The temples are in a small town also known as Khajuraho, Khajuraho is served by Khajuraho Airport, with services to Delhi, Agra and Mumbai. The site is also linked by Indian Railways service, with the railway station approximately six kilometres from the monuments entrance. Spread over an area of approximately 20 square kilometres on the north eastern part of Madhya Pradesh, Khajuraho is a major tourist and archaeological site in Madhya Pradesh. Khajuraho at times referred to as the Kamasutra temple is world renowned for its sculptured temples dedicated to Shiva, Vishnu, and Jain deities, and the sexually explicit carvings both inside and outside the temple.

A UNESCO world heritage site Khajuraho is believed to have had over 75 temples of which 22 remains today. Khajuraho temples are divided into three sections or zones, namely, western, eastern and southern, according to their location. The western complex is the largest of the three and comprises of some of the most popular temples at Khajuraho.

Bandhavgarh :- Bandhavgarh National Park, the most popular national parks in India is located in the Vindhya Hills of the Umaria district in Madhya Pradesh. Declared as a national park in 1968 the Bandhavgarh National Park is spread across the area of 105 km². The name Bandhavgarh has been derived from the most prominent hillock of the area of Umaria. The area of Bandhavgarh is being flourished with a large biodiversity, the place which is also being famed to grip highest density of tiger population in India. Similarly, the park also beholds the largest breeding population of leopards and various species of deer.

Over the years, the park has shown a great number of increases in the count of the tiger species and this is the reason why tiger tours is so famed to attract large amount of tourists at its vicinity.The park has been divided into three major zones named as Tala, Magdi and Bamera out of which the Tala zone attracts major number of tourists by offering the tiger sighting opportunities. The park authorities are also focusing on the Magdi Zone by providing more opportunity to spot tigers. Elephant shows are also organized in Magdi zone of the Bandhavgarh national park to increase the chances of spotting the elusive king of the jungle.

Bandhavgarh National Park consists of mixed vegetations ranging from tall grasslands to thick Sal forest and so is the perfect habitat of variety of animals and birds. Due to varied topography, the Bandhavgarh national park provides ample opportunity to spot the majestic Indian tiger and some rarely seen animals like leopard and sloth bear. Due to high wildlife sighting it is becoming popular amongst tourists visiting India.

This time is good for bird-watching. It is also ideal time of tiger-mating and one can be lucky enough to witness tiger-mating in wilderness.animals comes into open and to some extent forest density also reduces which leads to improved wild-animals sighting. Birds sighting also remains good as it is the time of popular Mahua fruit (Madhuca longifolia), the fruit of Indian Butter Tree attracts most of the herbivores and omnivores animals.

One may often notice herds of spotted deers & black-faced Languars together. Sloth bear sighting also remain good as it can be seen under Mahua Trees.During this time red & orange flowers in Flame of Forest trees enhances the beauty of forest. Wildlife photography often organized in these months.

1200 Hrs Check in hotel, Fresh up and in the evening go for some local sightseeing. In the evening come to hotel and have your dinner at the hotel. No breakfast but the lunch and dinner for the day is included at the hotel.

Day 4: Explore Bandhavgarh And Its Flora And Fauna

Get up early in the morning have your breakfast at the hotel and after breakfast further proceed to Airport/Railway station with lots of sweet memories and your trip ends here.