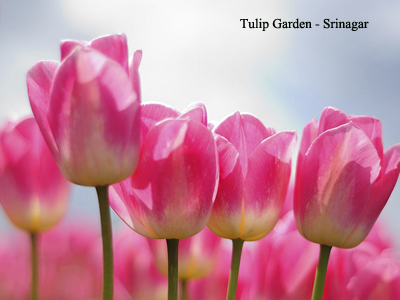 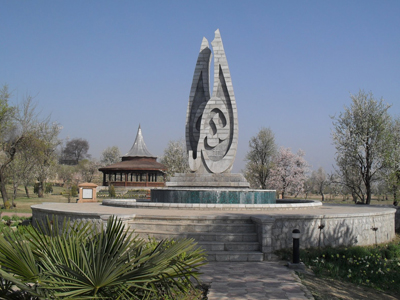 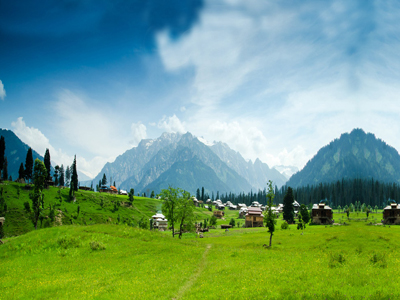 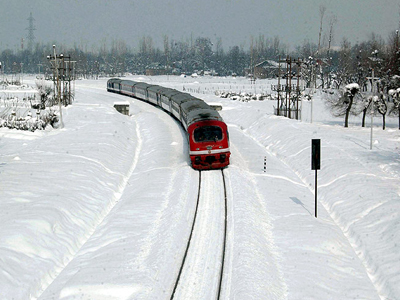 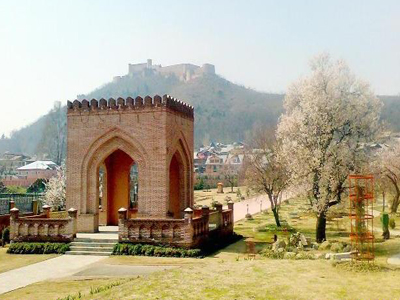 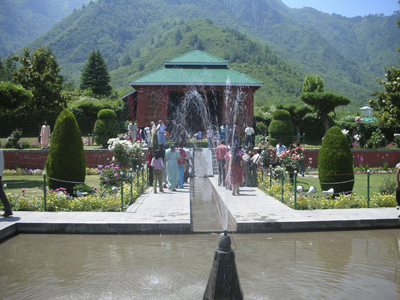 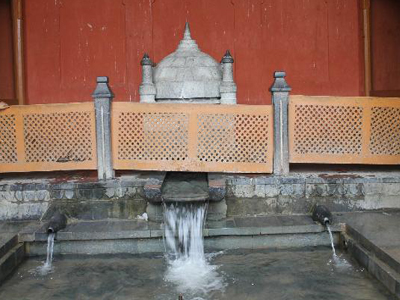 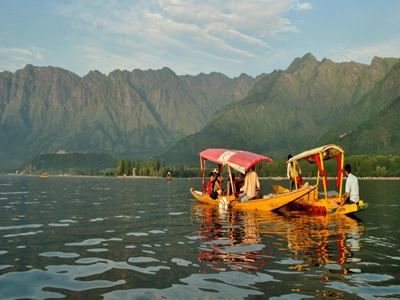 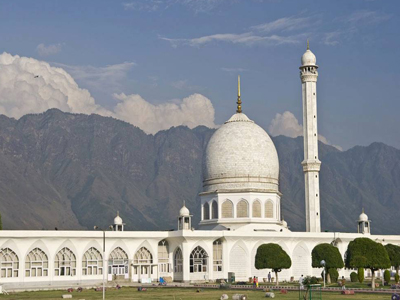 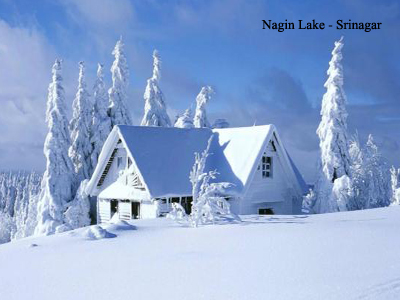 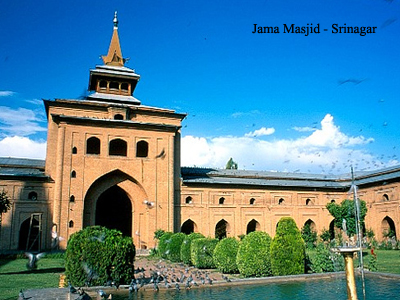 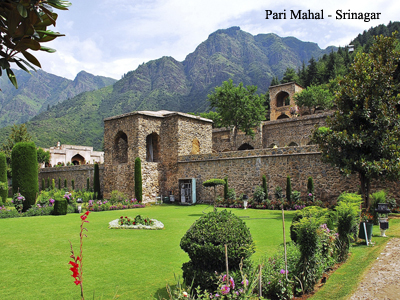 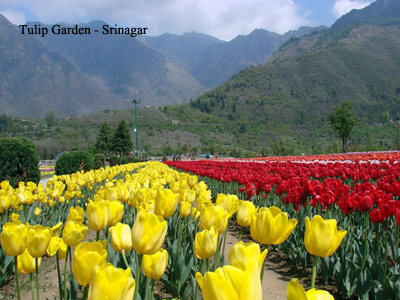 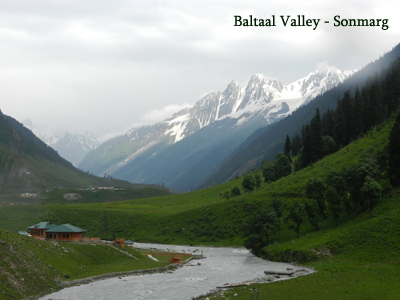 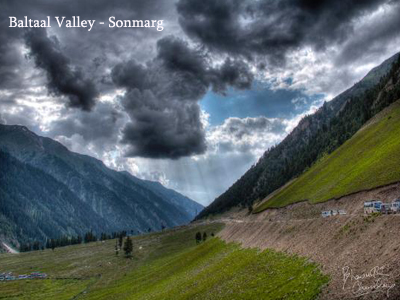 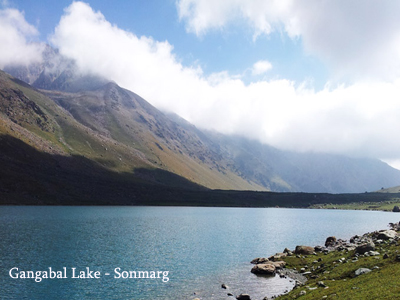 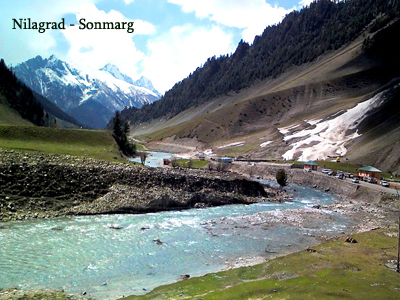 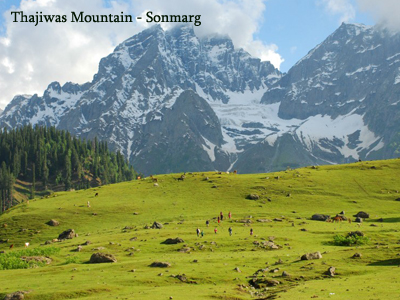 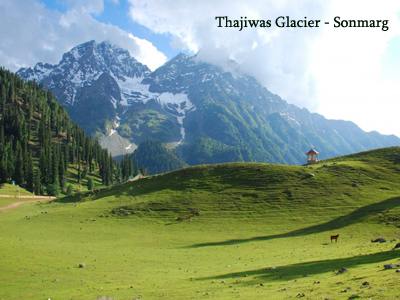 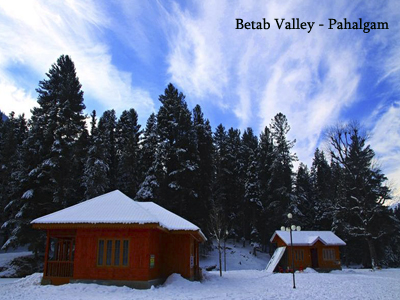 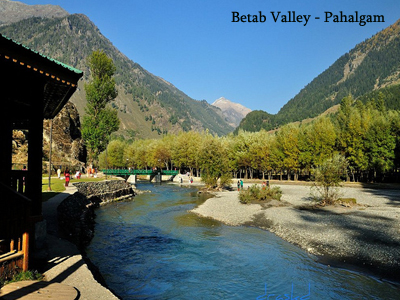 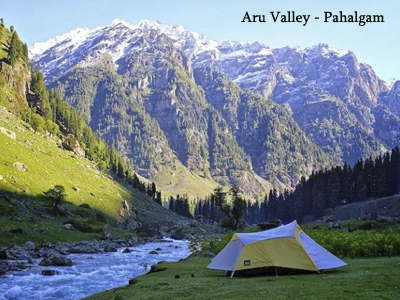 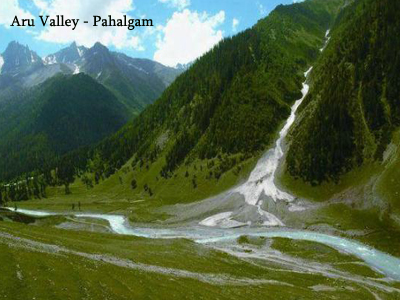 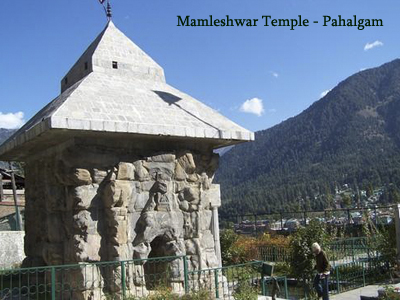 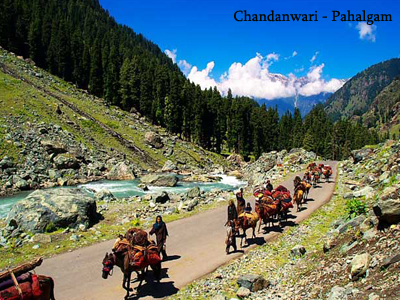 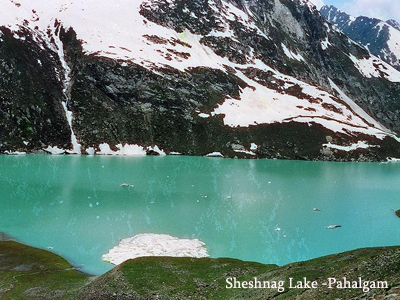 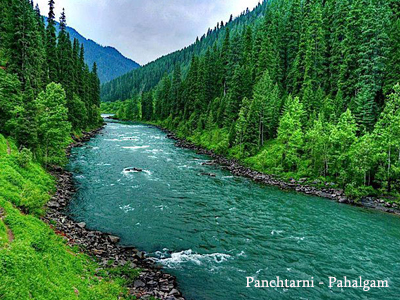 Sonmarg :- For all those adventure loving people who wish to enjoy camping at a hill station, Sonmarg is the ideal destination. Tourists flock to this small hill resort in heavy numbers to see the enchanting natural beauty and snow clad peaks. Known as the 'Meadow of Gold', Sonmarg is set amidst a valley of flowers and lakes. The word "Sona" literally means "Gold" in Hindi, and this golden beauty covered with white snow is most attractive in the spring. The exotic flora of the region is nurtured by the Sindh river. Sonmarg is the gateway to Ladakh.

The dense forests of Sonmarg comprise of sycamore and alpine flowers, silver birch, fir and pine. The place is frequently visited by nature lovers in the search of tranquil peace and soothing natural beauty. The stunning blue water lakes and grasslands are the other attractions. The enchanting beauty of the towering snow clad mountains is a real treat to the eyes. Sonamarg is also the base of a major trek that passes along several mountain lakes –Vishansar, Kishansar, Gadsar, Satsar and Gangabal. It is also the take off station for the drive to Ladakh across the Zojila, a major pass in the Great Himalayan Range, through which the Srinagar-Leh Road passes. Sonamarg is also a base for undertaking the yatra to the holy Amarnath cave, during Sawan Purnima.

Day 1: Pick Up From Srinagar Airport Hotel Check-in And Half Day Sightseeing

Day 2: Pick Up From Hotel And Full Day Sightseeing At Srinagar

Day 3: Pick Up From Hotel Drive To Sonmarg And Full Day Sightseeing At Sonmarg

Get up early in the morning have your breakfast at the hotel and after breakfast further proceed to Sonmarg. Full day Sonmarg sightseeing. Return back to the hotel at Srinagar in the evening for a comfortable stay.

Early morning get up have your breakfast and check-out from Srinagar, now Proceed to your next destination Pahalgam post lunch hotel check-in and go for sightseeing and excursion by car aligned for the itinerary. Return back to the hotel in the evening for a comfortable stay.

Day 5: Hotel Check-out From Pahalgam And Drop At Srinagar Airport

Get up in the morning pack your bags have your breakfast at the hotel and now it’s the time to say good bye, check-out the hotel from Pahalgam and car will drop you at the Srinagar Airport.