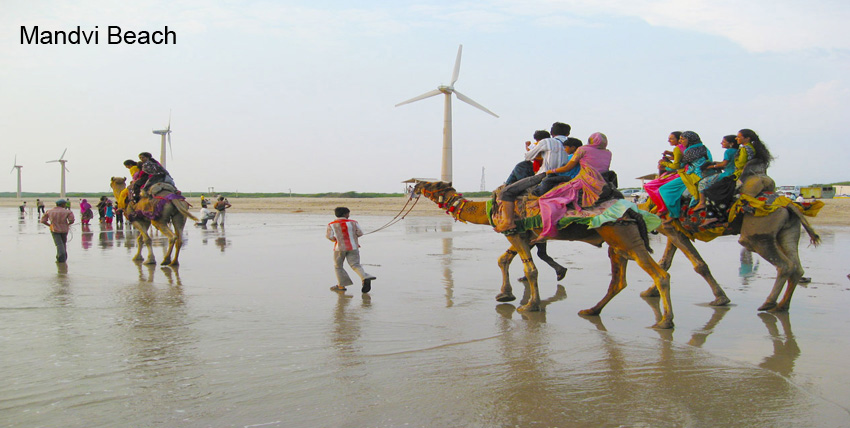 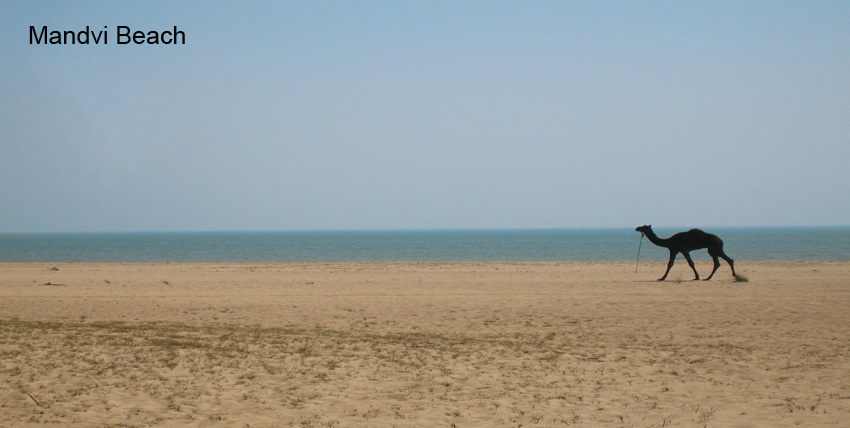 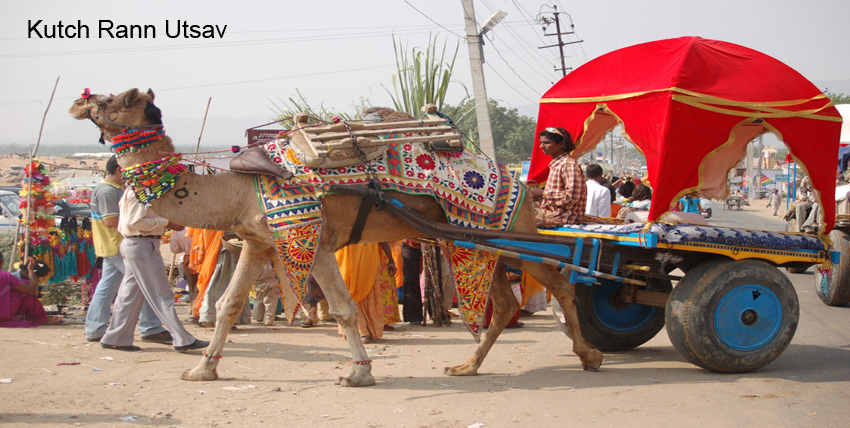 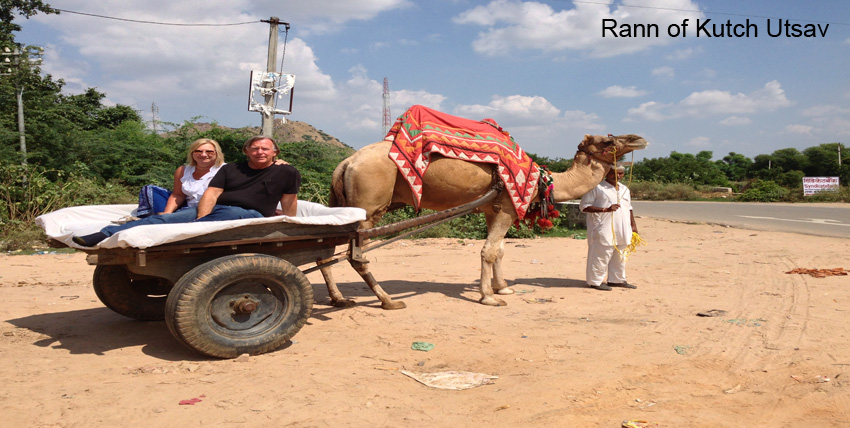 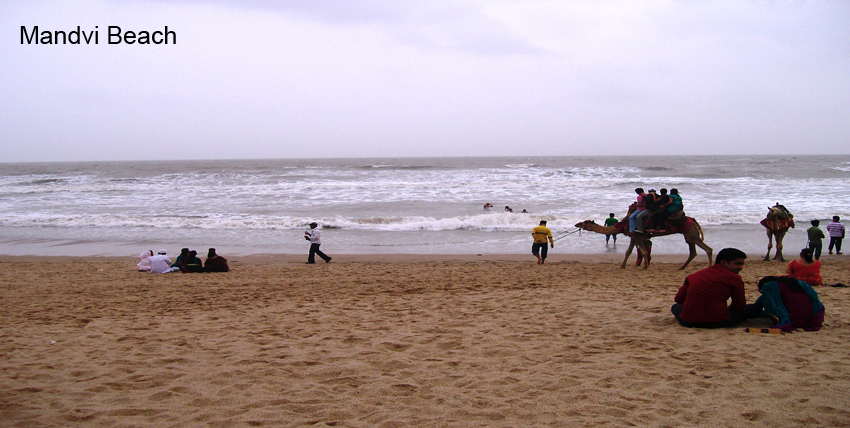 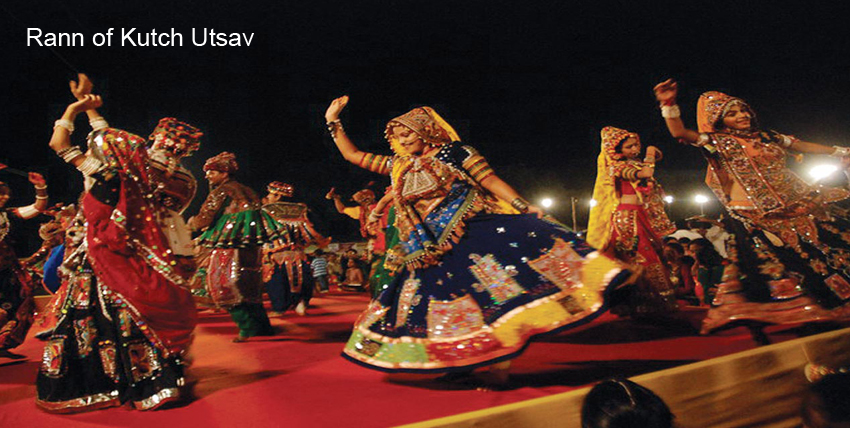 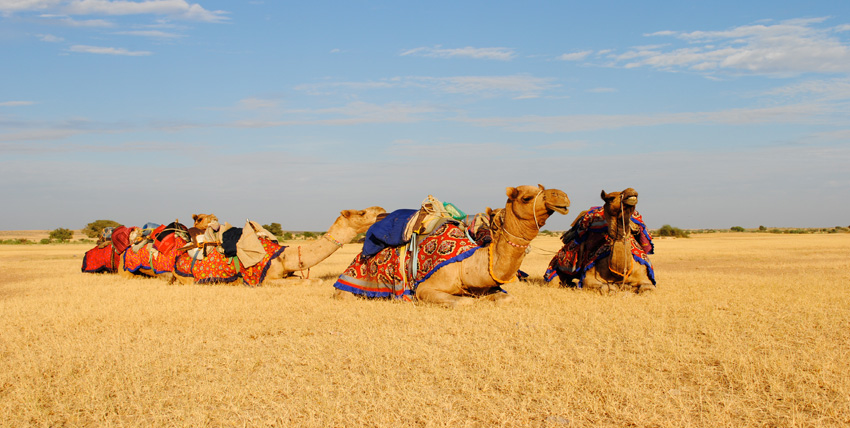 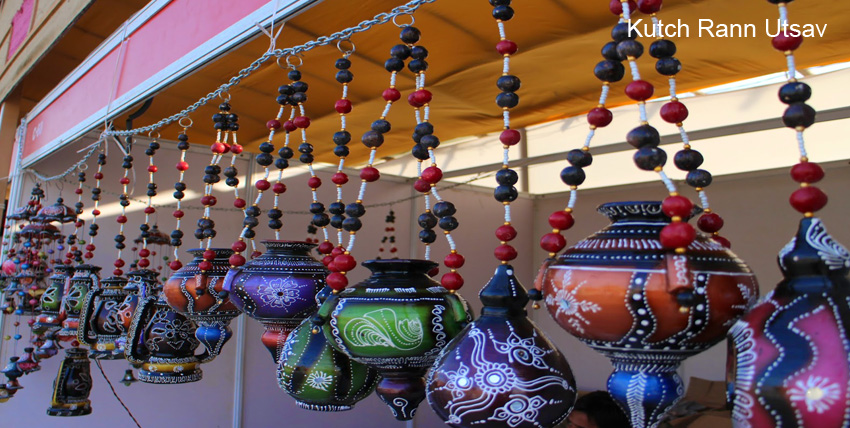 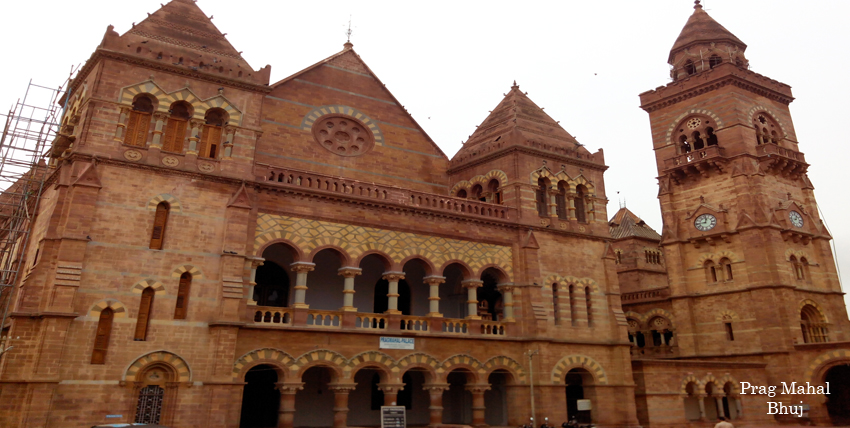 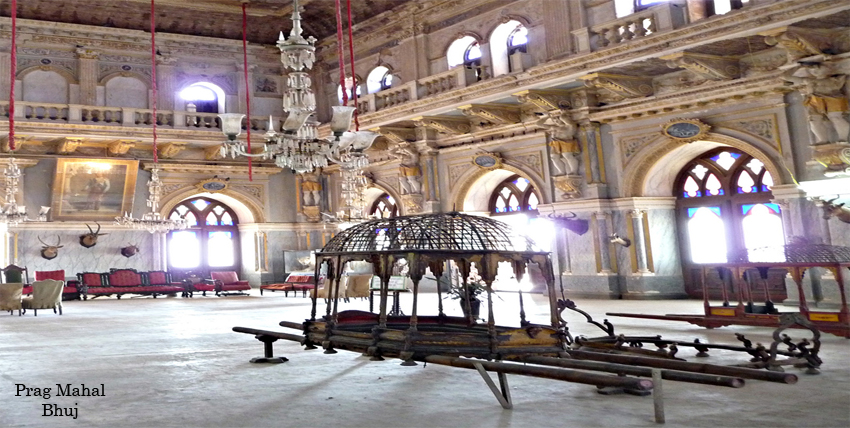 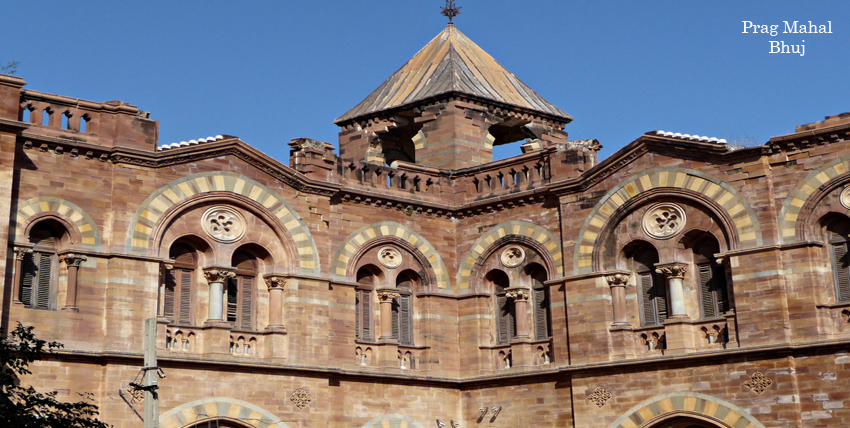 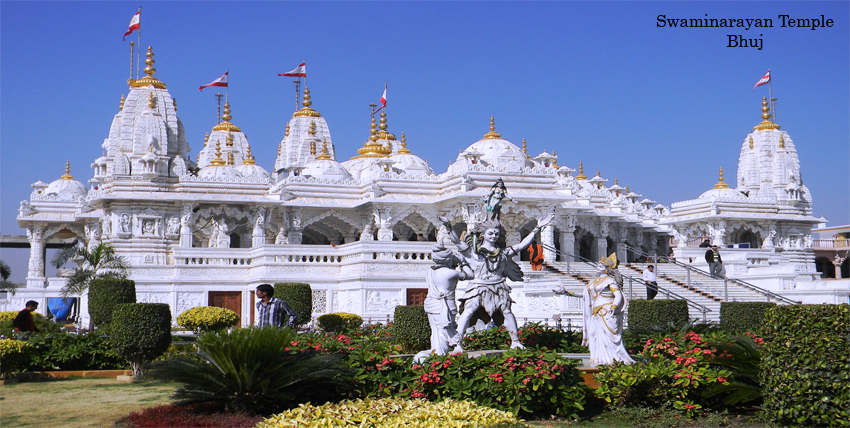 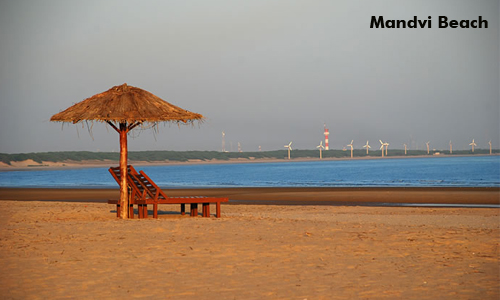 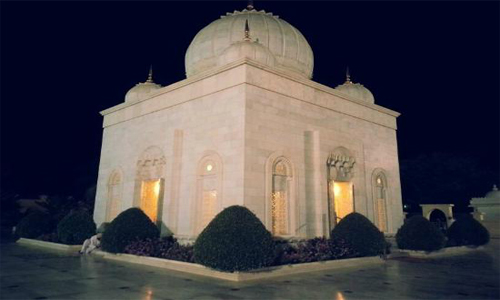 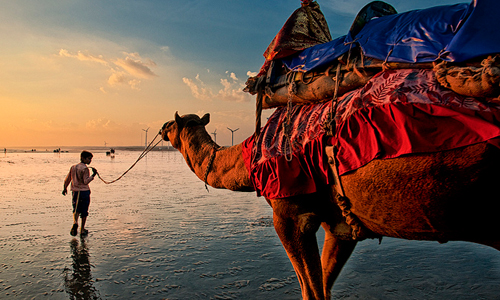 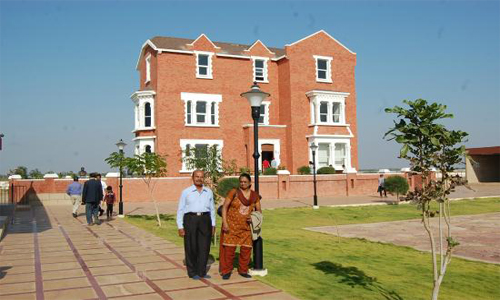 Rann of Kutch :- The Rann of Kutch, also known as the Great Rann of Kutch (there's a Little Rann of Kutch as well), is a remarkable place to visit in Gujarat. Much of it consists of the world's largest salt desert, measuring around 10,000 square kilometers. What makes it even more amazing is that the salt desert is underwater during the main monsoon season in India. For the remaining eight months of the year, it's an enormous stretch of packed white salt. Each community has its own oral traditions, dance, craft and dress. Stretching along the Tropic of Cancer, from Rajasthan to the edge of Pakistan and the Arabian Sea, Kutch covers a little over 45000 sq km and is geographically one of India's largest and most distinctive districts.

Bhuj :- Bhuj is a city and a municipality in Kachchh in the state of Gujarat, India. Bhuj is home to one of the first Swaminarayan Sampraday temples, built in 1822. The Kutch Utsav commencing on the last day of February is a window to this ancient land of heroism and romance. Kutch district is a district of Gujarat state in western India. It is the largest district in the state of Gujarat and the second largest district of India. Kachchh literally means something which intermittently becomes wet and dry; a large part of this district is known as Rann of Kachchh which is shallow wetland which submerges in water during the rainy season and becomes dry during other seasons. Places to visit are Kachchh Museum, Darbargarh Palace, Kutch Desert Festival, Kutch Great Indian Bustard Sanctuary, Great Rann of Kutch, Kutch Desert Wildlife Sanctuary, Narayan Sarovar Wildlife Sanctuary etc.

Nakhatrana :- Nakhatrana is a panchayat village and headquarters for a taluka in the middle of Kutch, Gujarat, in India. A large village, it is famous for its spicy Dabeli snack and bangles. It is also known as the origin of onion samosas.

Mandvi :- Mandvi is a city and a municipality in the Kutch district in the Indian state of Gujarat. It was once a major port of the region and summer retreat for Maharao (king) of the Cutch State. The old city was enclosed in the fort wall and remains of the fort wall can still be seen. The city has a four-hundred-year-old ship building industry, which was started by the caste of Kharva that still builds small wooden ships. The first thing most people think of when they visit Mandvi is visiting the seashore.

Mandvi Beach is the closest to the town center, across the bridge to the east side of the river, then down the road past a place called Salaya, accessed from just near the Kashi-Vishvanath Temple (sometimes the beach is called Kashi-Vishvanath Beach.) Wind Farm Beach is 7 km west of town, named for the windmills that line it to generate electricity for the area. You can get fresh coconuts and other snacks, swim in very pleasant water, and enjoy a nice view of the coastline.

Day 1: Pick Up From Ahmedabad Airport/Railway Station Drive To Hotel And Stay At Kutch

Day 2: Check-out From Rann Of Kutch Drive To Bhuj And Local Sightseeing

Rise early morning after breakfast check-out from the hotel & transfer to Bhuj. On arrival check in to the hotel. After some hours of rest we shall proceed for the local Bhuj city sightseeing. Evening visit to the Bhujodi Village at Heera Laxmi Park, overnight at hotel.

Today morning after breakfast check-out from the hotel & transfer to Nakhatarana. On arrival check-in to the hotel. Balance Da Free at Leisure to explore the wildlife around. Overnight stay in Nakhatrana.

Get up early morning and after breakfast transfer to Mandvi, located on the banks of the Rukmavati river, barely one Km away from the Arabian sea at the Gulf of Kutch. The town has a very pleasant climate throughout the year. The establishment of the town dates back to the late sixteenth century(1581 AD). Mandvi was originally a fortified town having a fort of about 8 Meter high and 1.2 meter wide stone masonary. The fort had several gateways and 25 bastions, but at present, most of the wall has disappeared. The bastion on the southwest is largest and acts as a lighthouse. Visit Mandvi and walk around Mandvi beach. Overnight stay at hotel/resort.

Day 5: Check-out From Mandvi And Drop At Ahmedabad Airport/Railway Station