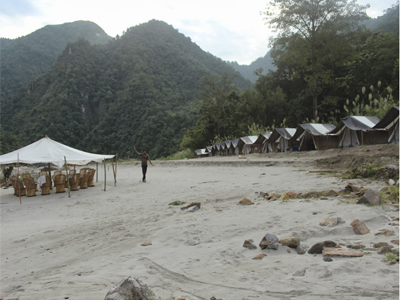 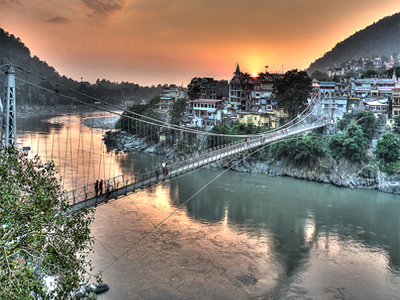 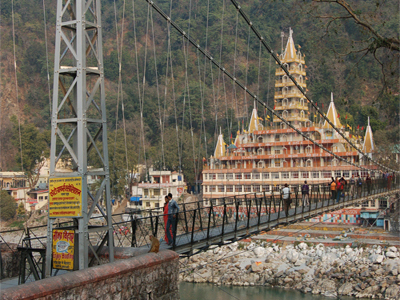 Jim Corbett :- The Jim Corbett National Park is situated in the Himalayan foothills, amidst forested mountains that range from 400m to 1,210m in height. Through most of the National Park flows the Ramganga River. It is said that a community lived on the banks of this river in ancient times. It is believed that these people cleared away a tiny part of the forest, and made the area their home.

Evidence in the form of terracotta figurines and ruined temples further corroborate the fact that the Ramganga Valley was home to an ancient civilization. The National Park has geographical and ecological characteristics of the sub-Himalayan belt. 488 different species of plants and a diverse variety of fauna is what this eco-tourism Park boasts of.

The National Park houses around 110 tree species, 50 species of mammals, 580 bird species and 25 reptile species. The endangered Bengal tiger of India resides here. Dense moist deciduous forests mainly consist of sal, haldu, pipal, rohini and mango trees, and these trees cover almost 73 per cent of the National Park. 10 per cent of the area consists of grasslands.

Rishikesh :- Rishikesh is a small town and a municipal board in Dehradun district in the northern state of Uttarakhand in India. Scenically located where the Holy Ganges River comes down from the Himalayas.
Rishikesh catapulted to Western fame when the Beatles dropped by for a visit to Maharishi Mahesh Yogi's Ashram. Rishikesh is associated with Lord Rama and Laxman.

Day 1: Pick Up From Airport/Railway Station Drive To Jim Corbett And Hotel Check-in

Early Morning Pick up from Delhi Airport/Railway station and proceed to Jim Corbett. Check in hotel post lunch. Fresh up at the hotel have your lunch take a short rest here and in the evening go for some local sightseeing. Return to the hotel have dinner and spend a comfortable night.

Day 2: Local Sightseeing And Excursion At Jim Corbett And Nearby Areas

Rise early in the morning and have your breakfast the at the hotel and leave to explore the forest and the flora and fauna of the Jim Corbett and nearby areas, Return back to the hotel in the afternoon have your lunch at the hotel take a short rest, and again go for some more local sightseeing, Return in evening for a comfortable stay and have your dinner at the hotel.

Day 4: Check-out From Rishikesh And Drive To Delhi Airport/Railway Station

Get up early in the morning have your breakfast at the hotel/camp and after breakfast further proceed to Delhi with lots of sweet memories your trip ends here at Airport/Railway station.