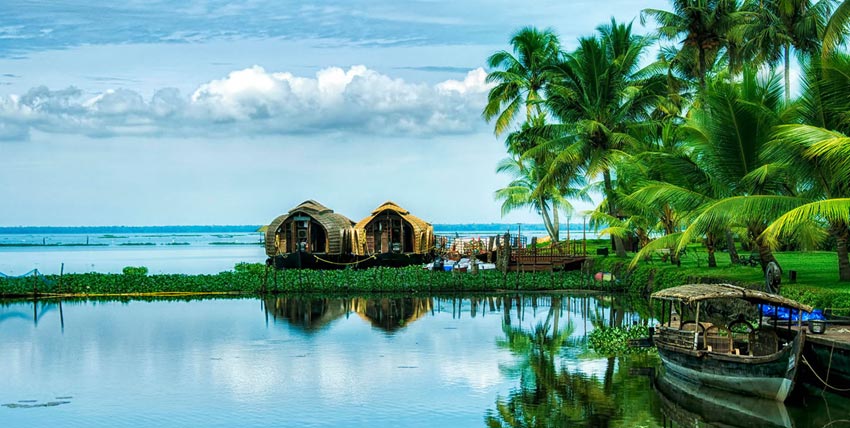 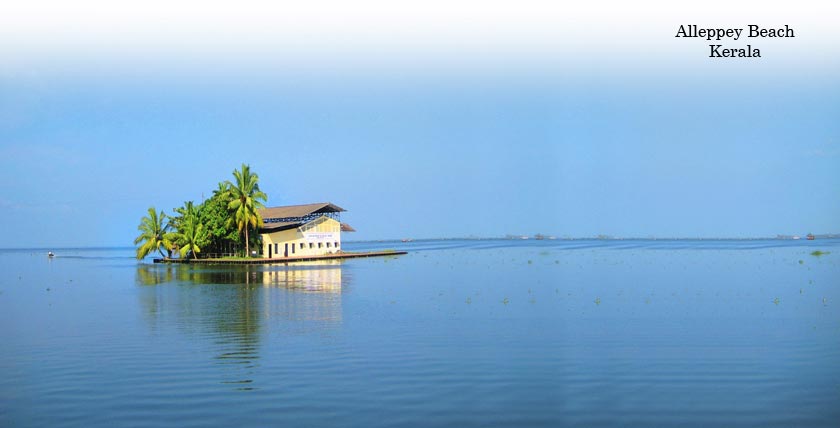 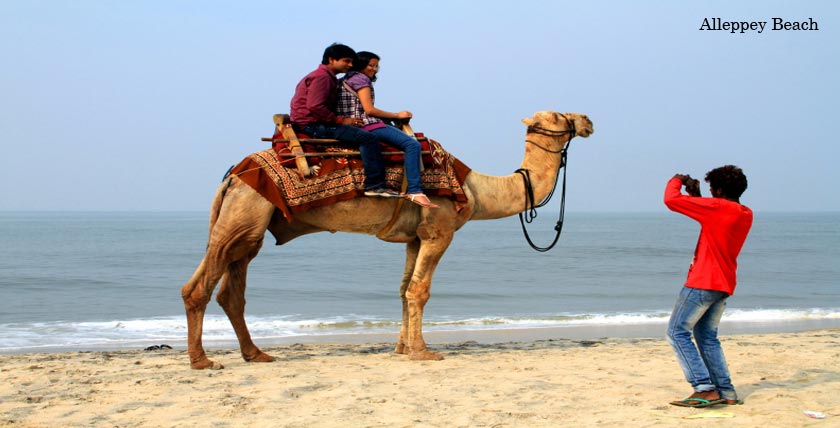 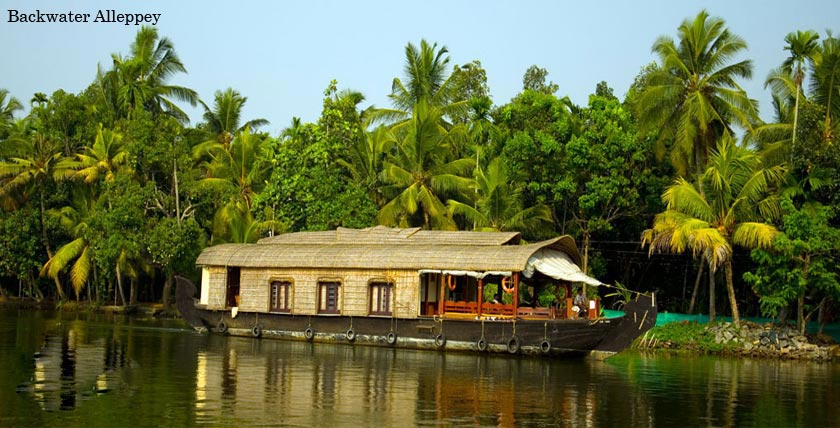 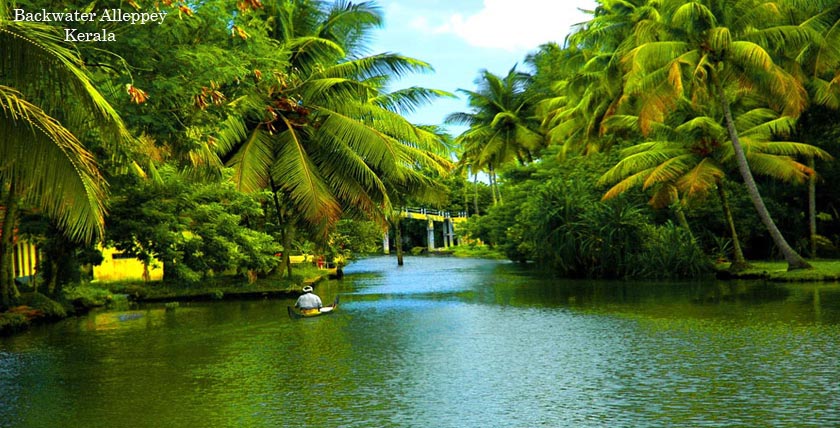 Thiruvananthapuram :- Thiruvananthapuram is also known as Trivandrum. This beautiful city is the capital of the southern Indian state of Kerala. Located in the south-western tip of India, Thiruvananthapuram is bound by the Arabian Sea in the west and Tamil Nadu in the east. Named after Anantha Padmanabha or Lord Vishnu, the city is home to many ancient temples. But the landmark is the Sree Padmanabha Swamy Temple around which the city has been built on seven low hills. The wooded highlands of the Western Ghats in the eastern and north-eastern borders give Thiruvananthapuram some of the most enchanting picnic spots. A long shoreline with internationally renowned beaches, historic monuments, backwater stretches and a rich cultural heritage make this district a much sought-after tourist destination. Clean and green, Thiruvananthapuram, the capital of Kerala is one of the most beautiful cities in the country.

The place is also well known for its various flora and fauna and is also a major attraction for medical tourists learning Ayurveda. Hill stations, peaceful beaches, backwaters and lagoons make it an ideal holiday destination.

Kovalam :- Kovalam is a beach town by the Arabian Sea in Thiruvananthapuram city, Kerala, India, located around 16 km from the city centre. Kovalam means a grove of coconut trees and true to its name the village offers an endless sight of coconut trees. Kovalam first received attention when the Regent Maharani Sethu Lakshmi Bayi of Travancore constructed her beach resort, Halcyon Castle, here towards the end of the 1920s. Thereafter the place was brought to the public eye by her nephew the Maharaja of Travancore. The European guests of the then Travancore kingdom discovered the potentiality of Kovalam beach as a tourist destination in the 1930s.

Kovalam has three beaches separated by rocky outcroppings in its 17 km coastline; the three together form the famous crescent of the Kovalam beach

The southernmost beach, the Lighthouse Beach is the one most frequented by tourists; Lighthouse Beach got its name due to the old Vizhinjam Lighthouse located on a rocky promontory here. Its intermittent beams at night render the beach with an unearthly charm.

Eve’s Beach, more commonly known as Hawa Beach, ranks second, in the early day, is a beehive of activities with fishermen setting out for sea. With a high rock promontory and a calm bay of blue waters, this beach paradise creates a unique aquarelle on moonlit nights.

A large promontory separates this part from the southern side. Samudra Beach doesn't have tourists thronging there or hectic business. The local fishermen ply their trade on this part. There are a large number of beach resorts in and around Kovalam. The sea port of Vizhinjam is about 3 km away and famous for its special varieties of fish, old Hindu temples, big churches and a mosque. The Proposed International Trans shipment Terminal at Vizhinjam is also close to Kovalam.

Kovalam was among the most prominent tourist spots in India during the hippy era. It still has a high status among tourists, who arrive mostly from Europe and Israel. Kovalam is finding a new significance in the light of several Ayurvedic salons, and recuperation and regeneration resorts which provide a wide variety of Ayurvedic treatments for tourists.

Kumarakom :-  Kumarakom is a popular tourism destination located near the city of Kottayam in Kerala. This destination is famous for its backwater tourism. It is set in the backdrop of the Vembanad Lake, the largest freshwater lake in the state of Kerala. The village of Kumarakom is a cluster of little islands on the Vembanad Lake, and is part of the Kuttanad region. The bird sanctuary here, which is spread across 14 acres, is a favourite haunt of migratory birds and an ornithologist's paradise. Egrets, darters, herons, teals, waterfowls, cuckoo, wild duck and migratory birds like the Siberian Stork visit here in flocks and are a fascinate the visitors.

Upon arrival at Trivandrum Airport / Railway Station proceed, Trivandrum hotel check-in and rest day is free to visit Trivandrum city.The temple of Anantha, the Sri Padmanabhaswamy temple is the most religious icon of the city. Other sightseeing places are Trivandrum Zoo, Napier Museum, Srichitra Art Gallery, Veli Tourist Village and Shangumugham Beach where one can watch the amazing sunset. Overnight stay at Trivandrum Hotel.

After breakfast Trivandrum hotel check-out and drive to Kovalam the next beautiful destination of Kerala. Kovalam is known as the "Paradise of the South". This dreamland is an evergreen, serene, pleasant climatic and enticing beach destination. On arrival at Kovalam hotel-check-in and rest day is free to explore wonderful beaches of Kovalam. Spend comfortable night at Kovalam.

Day 4: Proceed to Kumarakom and explore this beautiful destination

After breakfast, check-out and proceed to Kumarakom. On arrival, check-in to hotel. Kumarakom is blessed with the Vembanad Lake which has its majestic canals, streams and distributaries along its banks. The major attraction is the Kumarakom Bird Sanctuary where a profusion of all kinds of birds can be observed such as Siberian storks, cuckoo, wild duck, egrets, darters, herons, teal and water fowl. Overnight stay at Kumarakom Hotel/Resort.

After breakfast pack your baggages with a promise to return once again to this Paradise. Check-out and proceed on time to board your flight/train with sweet memories of your Kerala Tour.