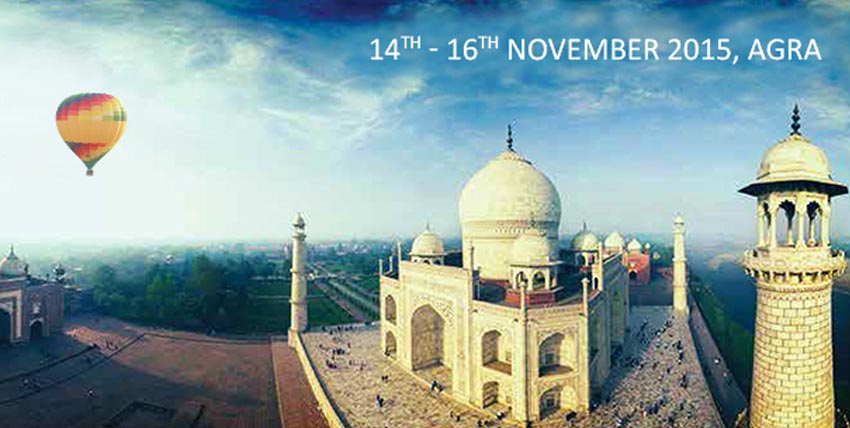 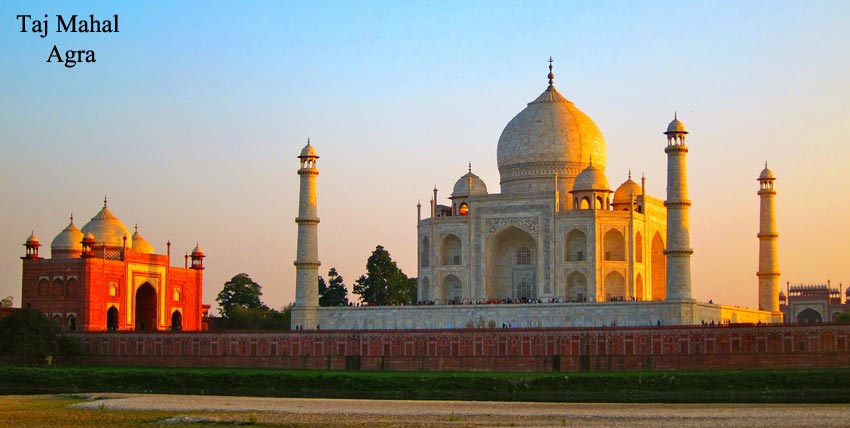 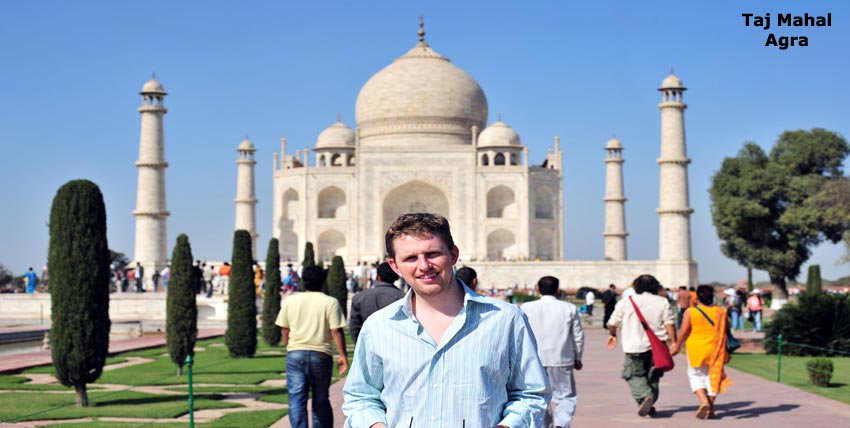 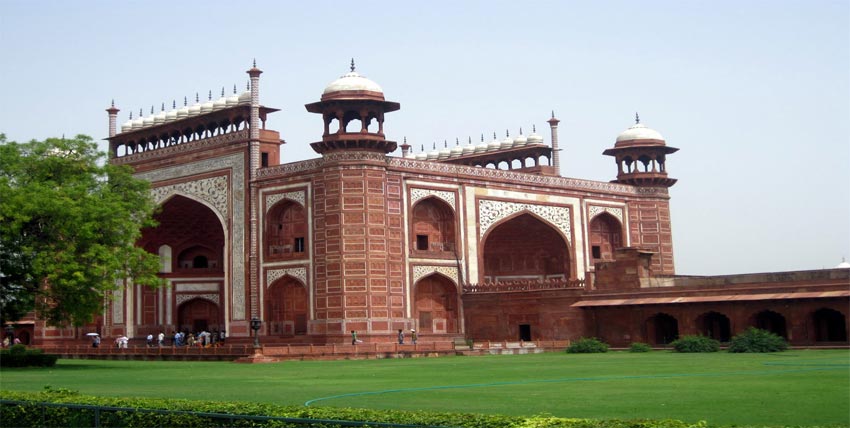 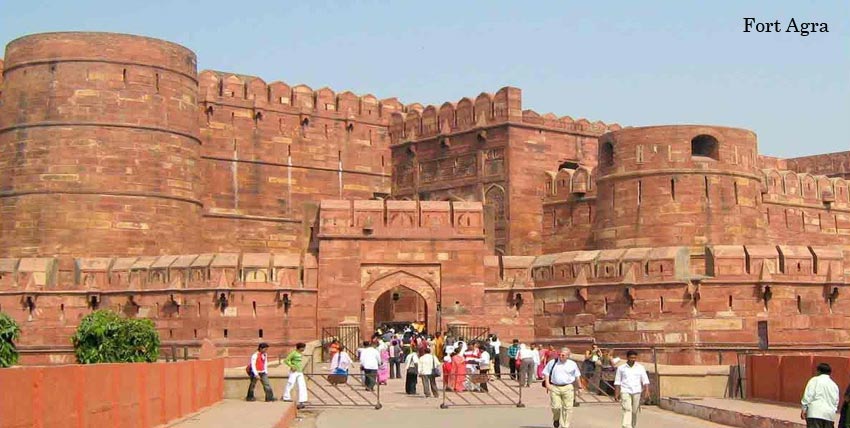 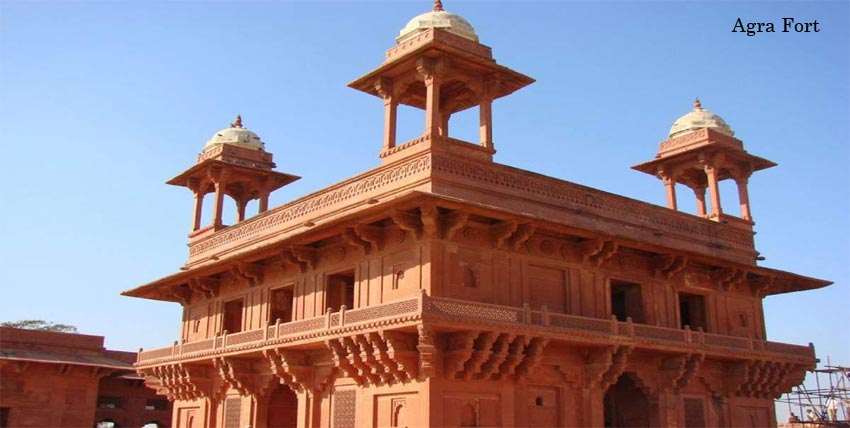 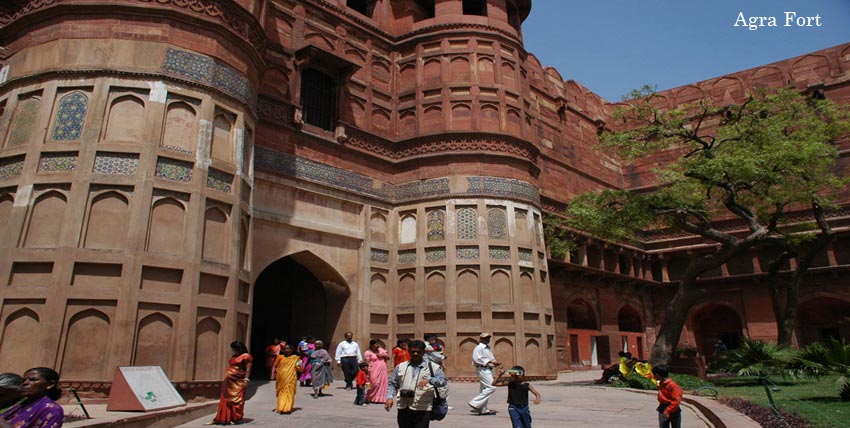 Agra :-  Agra is a city on the banks of the river Yamuna in the northern state of Uttar Pradesh, India.  It is a major tourist destination because of its many splendid Mughal-era buildings, most notably the Taj Mahal, Agra Fort . The city is mentioned in the epic Mahabharata, where it was called AgrevaM51;a ("the border of the forest"). Legend ascribes the founding of the city to Raja Badal Singh, a Sikarwar Rajput king (c. 1475), who’s fort, Badalgarh, stood on or near the site of the present fort.

However, the 11th century Persian poet Mas'ud Sa'd Salman writes of a desperate assault on the fortress of Agra, and then held by the Shahi King Jayapala, by Sultan Mahmud of Ghazni. Sultan Sikandar Lodi was the first to move his capital from Delhi to Agra in 1506. He died in 1517 and his son, Ibrahim Lodi, remained in power there for nine more years, finally being defeated at the Battle of Panipat in 1526. Between 1540 and 1556, Afghans, beginning with Sher Shah Suri ruled the area. It achieved fame as the capital of the Mughal Empire from 1556 to 1658.

It is generally accepted that Sultan i, the Ruler of the Delhi Sultanate founded Agra in the year 1504. After the Sultan's death the city passed on to his son Sultan Ibrahim Lodi. He ruled his Sultanate from Agra until he fell fighting to Babar in the First battle of Panipat fought in 1526. The golden age of the city began with the Mughals. It was known then as Akbarabad and remained the capital of the Empire under the Emperors Akbar, Jahangir and Shah Jahan. Shah Jahan later shifted his capital to Shahjahanabad in the year 1689.  Since Akbarabad was one of the most important cities in India under the Mughals, it witnessed a lot of building activity.

The Taj Mahal was built on a marble platform that stands above a sandstone one. The most elegant dome of the Taj Mahal has a diameter of 60 feet (18 m), and rises to a height of 80 feet (24 m); directly under this dome is the tomb of Mumtaz Mahal. Shah Jahan's tomb was erected next to hers by his son Aurangzeb. The interiors are decorated with fine inlay work, incorporating semi-precious stones.

Agra Fort (sometimes called the Red Fort), was commissioned by the great Mughal Emperor Akbar in 1565, and is another of Agra's World Heritage Sites. A stone tablet at the gate of the Fort states that it had been built before 1000 but was later renovated by Akbar. The red sandstone fort was converted into a palace during Shah Jahan's time, and reworked extensively, Notable buildings in the fort include the Pearl Mosque or Moti Masjid, the Diwan-e-Aam and Diwan-e-Khas (halls of public and private audience),Jahangir's Palace, Khas Mahal, Shish Mahal (mirrored palace), and the Musamman Burj. The fort is a typical example of Mughal architecture, effectively showing how the North Indian style of fort construction differed from that of the South. In the South, the majority of forts were built on the seabed like the one at Bekal in Kerala.

Taj Balloon Festival 2015 :- The Taj Balloon Festival is a unique 3-day extravaganza that recreates the pageantry and elegance of the Mughal era, whilst setting new benchmarks in the realm of lifestyle tourism. Romancing the skies over Taj - a spectacle in white marble, unparalleled in its grandeur, a testament to love - this one of its kind festival offers a novel opportunity to experience the Taj Mahal like never before.

The festival itinerary has been tastefully pre-packaged to offer a glimpse of the rich culture and heritage of Agra, spiced with adventure and unique insider experiences – all set against the awe inspiring backdrop of the Taj. Excursions include visit to monuments as well as the renowned Kalakriti Cultural & Convention Centre, along with royal dining experiences in this regal city of Agra.

Pick up from Airport/Railway station drive to Hotel and check-in and relax, in the evening visit to the Kalakriti Cultural & Convention Centre for the splendid evening show, and enjoy Dinner at Taj Khema accompanied with folk dance performances. Overnight stay at the Hotel in Agra.

Enjoy sunrise balloon flights in the morning, breakfast and lunch at the hotel visit to Agra Fort and Taj Mahal with guide, in the evening enjoy balloon night glow show followed by Moonlight dinner at the famous ‘Pinch of Spice’ restaurant. Overnight stay at Hotel.