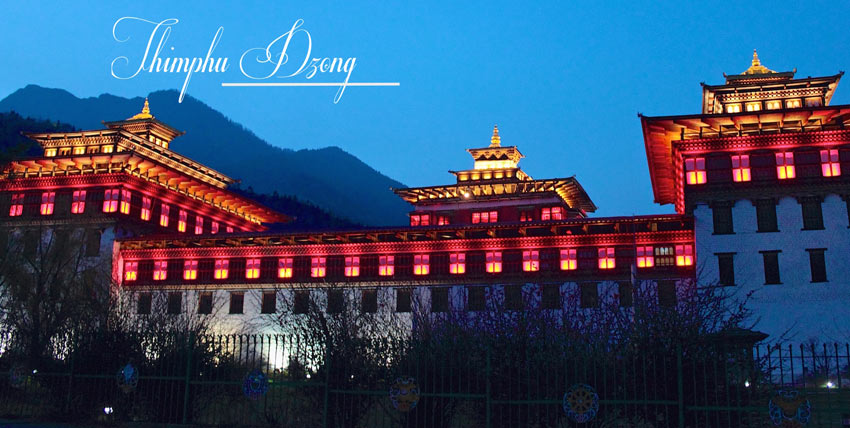 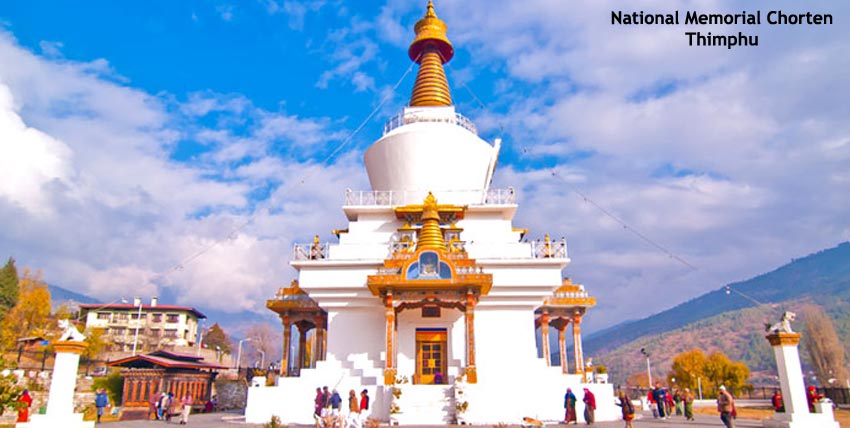 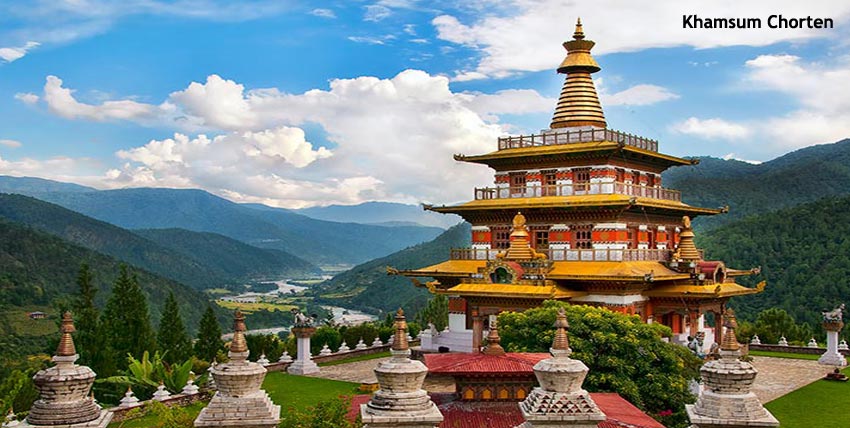 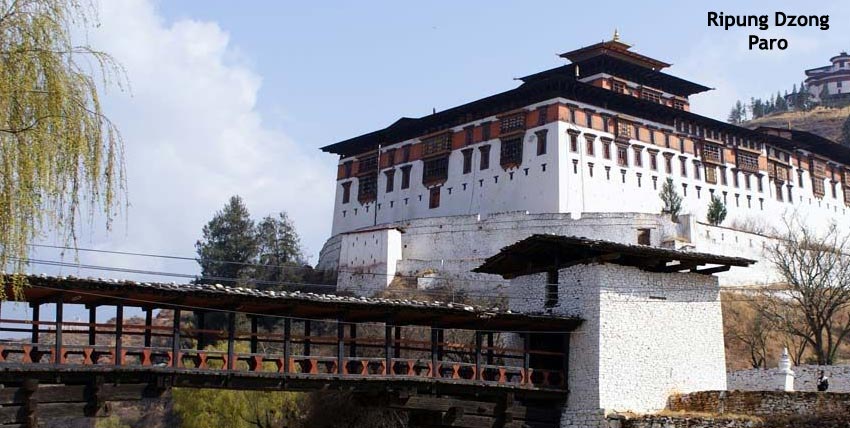 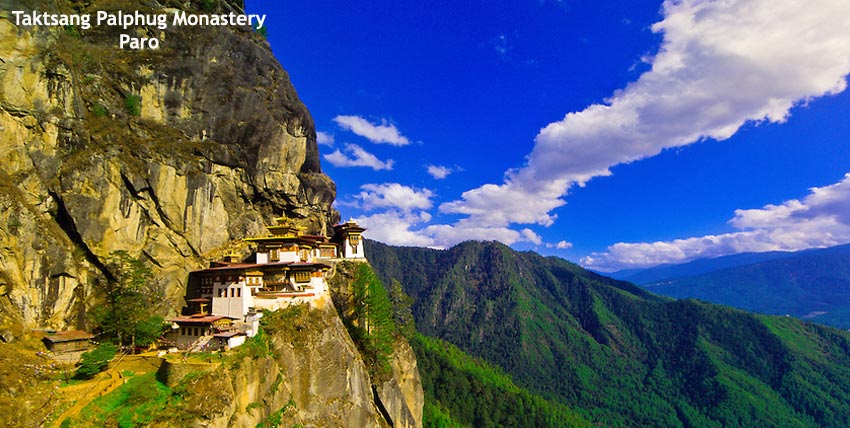 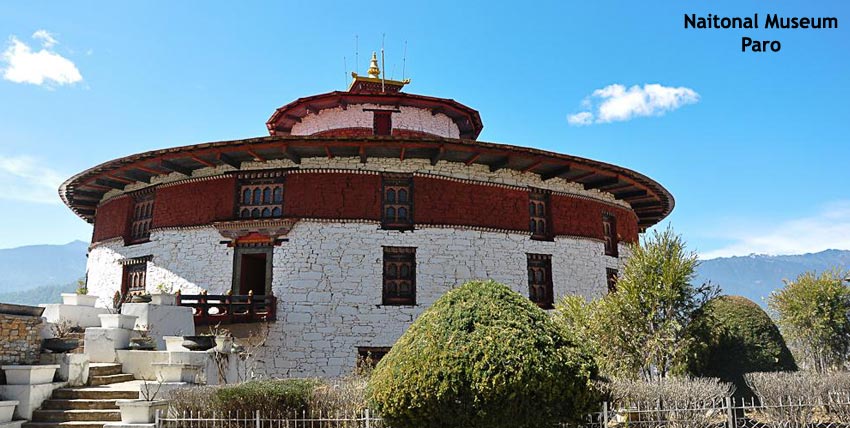 Paro :- The charming town of Paro lies on the banks of the Paro (or Pa) Chhu, just a short distance northwest of the imposing Paro Dzong. The main street, only built in 1985, is lined with colourfully painted wooden shop fronts and restaurants, though these appear under threat as the town grows and multi-storey concrete buildings continue to propagate. For now Paro remains one of the best Bhutanese towns to explore on foot and is worth an hour or two's stroll at the end of a day of sightseeing.

Paro is a historic town with many sacred sites and historical buildings scattered through the area. In addition, the Paro Valley is wide and verdant and is recognized a one of the most beautiful in all Bhutan. Prefer to stay in Paro if you are someone who is fond of nature and would like to spend quiet and peaceful time. However, apart from the main street (which is constructed of traditional wooden structures), the bazaar area is a nondescript hodgepodge of concrete buildings that is totally bereft of charm and character. Along with Jakar and Punakha, Paro forms the 'golden triangle' of popular tourist destinations in Bhutan.

Thimphu :- Thimphu, Bhutan’s capital, occupies a valley in the country’s western interior. In addition to being the government seat, the city is known for its Buddhist sites. The massive Tashichho Dzong is a fortified monastery and government palace with gold-leaf roofs. The Memorial Chorten, a whitewashed structure with a gold spire, is a revered Buddhist shrine dedicated to Bhutan’s third king, Jigme Dorji Wangchuck.

The capital of one of the world's most intriguing destinations, Thimphu has all but shrugged off the friendly village tag. The city buzzes with a commercial exuberance that constantly challenges the country's natural conservatism and Shangri La image. Vehicle traffic, unheard of a handful of years ago, now courses through the ever-growing road network nourishing a construction boom. However, the juxtapositions of old and new remain part of Thimpu's charm. Crimson-robed monks, Indian labourers, government ministers clad in ghos and kiras (traditional dress) and camera-wielding tourists all share the pot-holed pavements.

For the visitor Thimphu offers the best opportunity to briefly break away from the tour itinerary. In addition to its traditional Buddhist sights and attractions, it offers cafes, bars, nightclubs and restaurants. Finding a balance between the esoteric and espresso – the old and the new – is the key to getting the most out of this captivating city.

Day 1: Arrival At Paro And Drive To Thimphu

Arrival at Paro international airport. You will be meet by our local guide from Bhutan. After that journey starts to Thimphu. If time permits visit places such as memorial stupa built in memory of late third king of Bhutan. visit weaving center in chanzamtog, later visit paper factory where you can see how Bhutanese traditional paper is made. In the evening visit Thimphu Tashi choe dzong. Over night in Thimphu.

After your breakfast, Visit Takin zoo where you can see a unique animal created by devine mad man Drukpa kinley.Than take picture from Nunnery view point of the kings palace. Than drive to Paro. Later after lunch vist kichu temple which is the oldest among all the temples in Bhutan. It was built by a Tibetan king around 7th century. Overnight in Paro.

After you early break fast drive to the base of the Tiger Nest monastery which will take 6 hours hike too and fro. The tiger nest was built by Guru Rinpoche around 8th century to subdue the evil spirits of Paro region. Later on he meditated there for 3 years. Now it high lights about Bhutan for all over the world. Overnight in Paro.

After breakfast check-out from hotel, drop at Paro International Airport and your trip ends here with sweet memories.