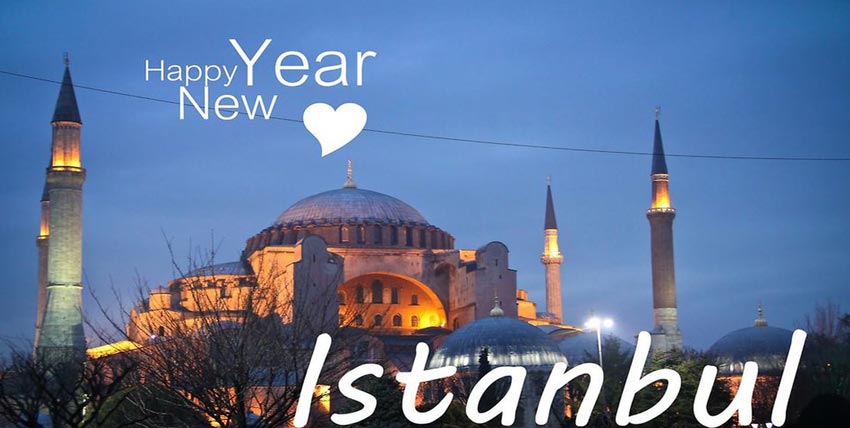 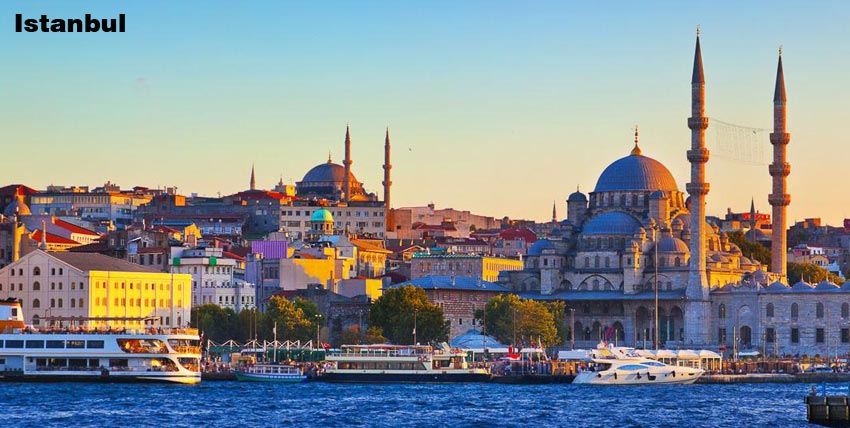 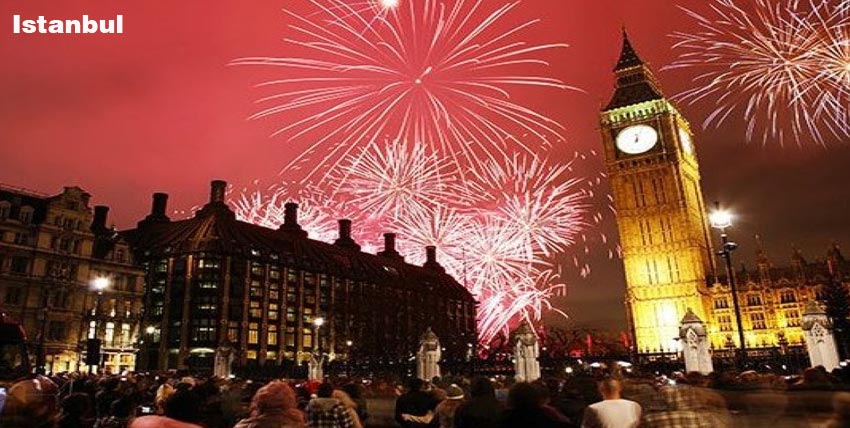 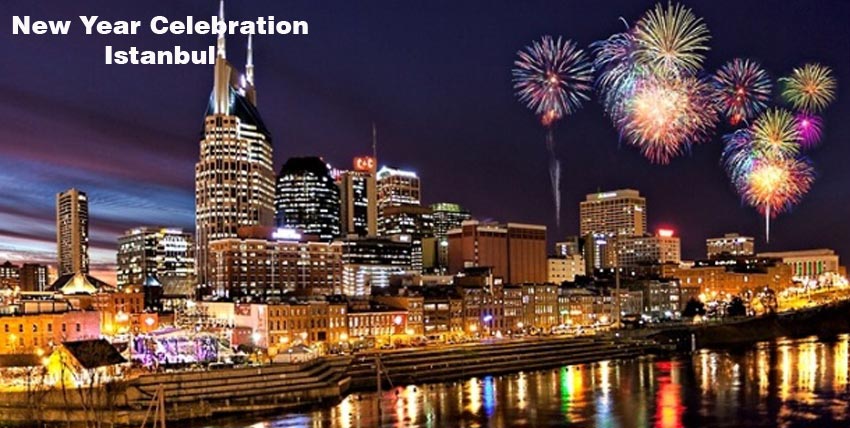 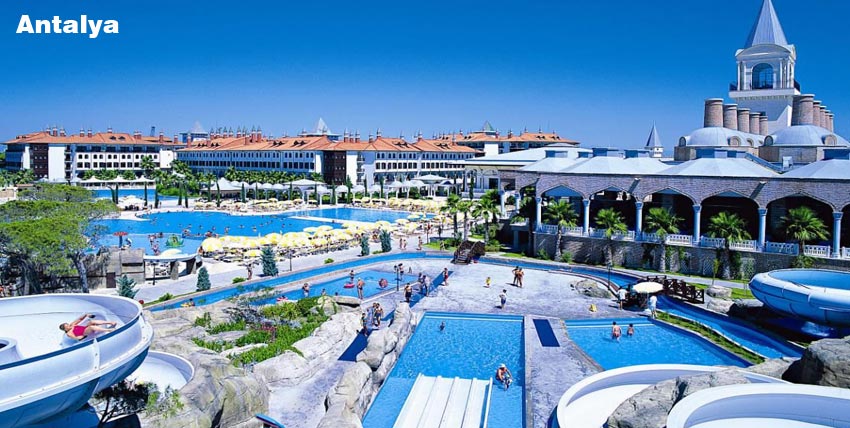 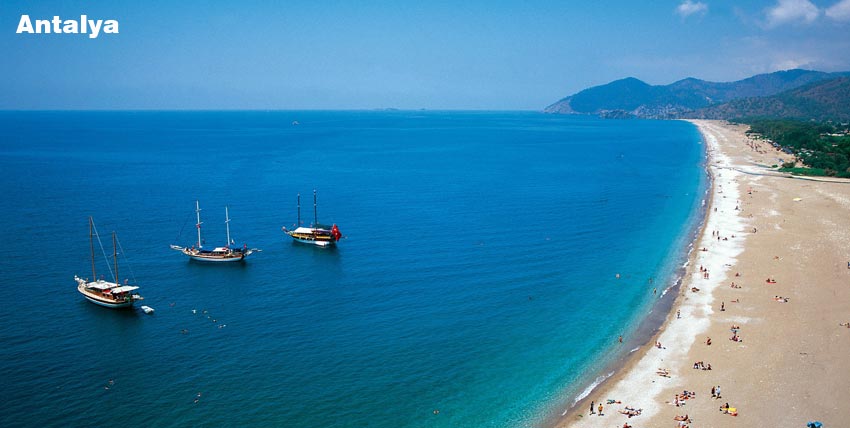 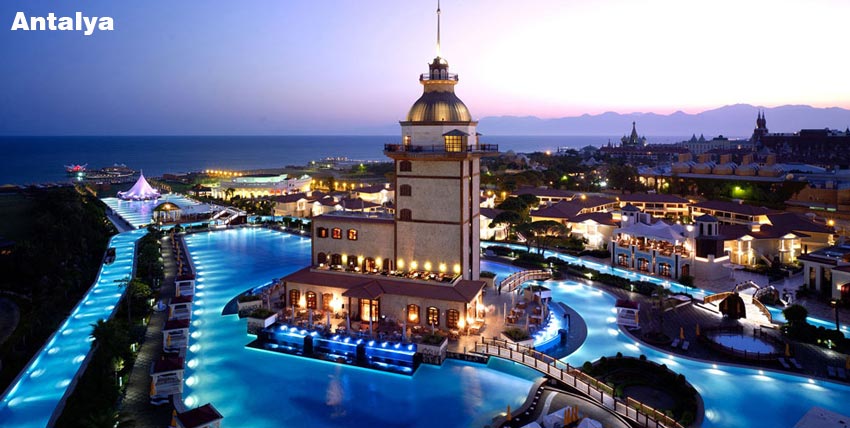 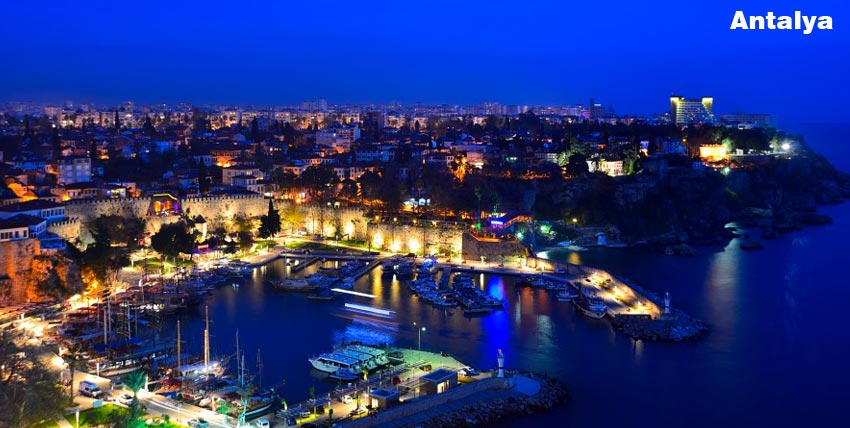 Istanbul :- Istanbul  is Turkey's most populous city as well as its cultural and financial hub. Located on both sides of the Bosphorus, the narrow strait between the Black Sea and the Marmara Sea, Istanbul bridges Asia and Europe both physically and culturally. Istanbul has numerous shopping centers, from the historic to the modern. The Grand Bazaar, in operation since 1461, is among the world's oldest and largest covered markets.  Mahmutpasha Bazaar is an open-air market extending between the Grand Bazaar and the Egyptian Bazaar, which has been Istanbul's major spice market since 1660.

Discover the dynamic culture and electric energy of Istanbul. Formerly known as Byzantium, Constantinople, the city is a bold fashion of past and present. Here the bustling Grand Bazaar remixes with the restaurants and renowned nightlife of the city. Traditional Turkish hammams and characteristic hookah lounges reside alongside modern rooftop bars, contemporary museums and chic shopping districts. Be swept away by the energy of over sixteen million people, and be delighted by the Turkish warmth and hospitality.

Antalya :- Antalya is a resort destination in Turkey and gateway to its southern Mediterranean region, known as the Turquoise Coast for its blue waters. During the Roman era Antalya was a major port city; today a modern metropolis surrounds ancient fortifications. Beaches are flanked by large hotels, and popular outdoor activities include golfing, diving and hiking the 500 km Lycian Way footpath.

Once seen simply as the gateway to the Turkish Riviera, Antalya today is very much a destination in its own right. Situated smack on the Gulf of Antalya (Antalya Korfezi), the largest Turkish city on the western Mediterranean coast is both classically beautiful and stylishly modern. At its core is the wonderfully preserved old city district of Kaleici– literally 'within the castle' – which offers atmospheric accommodation aplenty within a bundle of finely restored Ottoman houses. The old city wraps around a splendid Roman-era harbor with cliff-top views of hazy-blue mountain silhouettes that are worth raising a toast to. While just outside of the central city is one of Turkey's finest museums.

Arrive Istanbul & proceed the transfers to Istanbul hotel, Check into the hotel and rest of the day free for leisure. Overnight stay at Istanbul.

Enjoy your breakfast at the hotel. After breakfast Half day Istanbul city tour and Bosphorus cruise. Overnight stay at Istanbul hotel.

Enjoy your breakfast at the hotel. Day at leisure for shopping and personal activities. Overnight stay at Istanbul hotel.

Day 4: Check-out From Istanbul And Proceed To Antalya

Morning Breakfast will be served at hotel. Check-out from the Istanbul hotel and proceed the transfers to the airport for your flight to Antalya. Arrive Antalya transfer to the hotel and Rest of the day is free at your leisure. Overnight stay in hotel at Antalya.

Morning Breakfast will be served at your hotel. After breakfast proceed the Day trip to Antalya town, rest of the day is free at your leisure. Overnight stay Antalya.

Morning breakfast will be served at the hotel. The day is free for leisure and in the evening enjoy the Gala Dinner, New Year Celebration Party with unlimited alcohol drinks. Overnight stay at Antalya.

Day 7: The Day Is Free For Leisure Activity

Morning breakfast will be served at the hotel. The day is free for leisure activity. Overnight stay at Antalya.

After morning breakfast, today proceed to Istanbul airport by private vehicle to catch your return flight. And your trip ends here at Istanbul airport with sweet New Year Celebration memories..